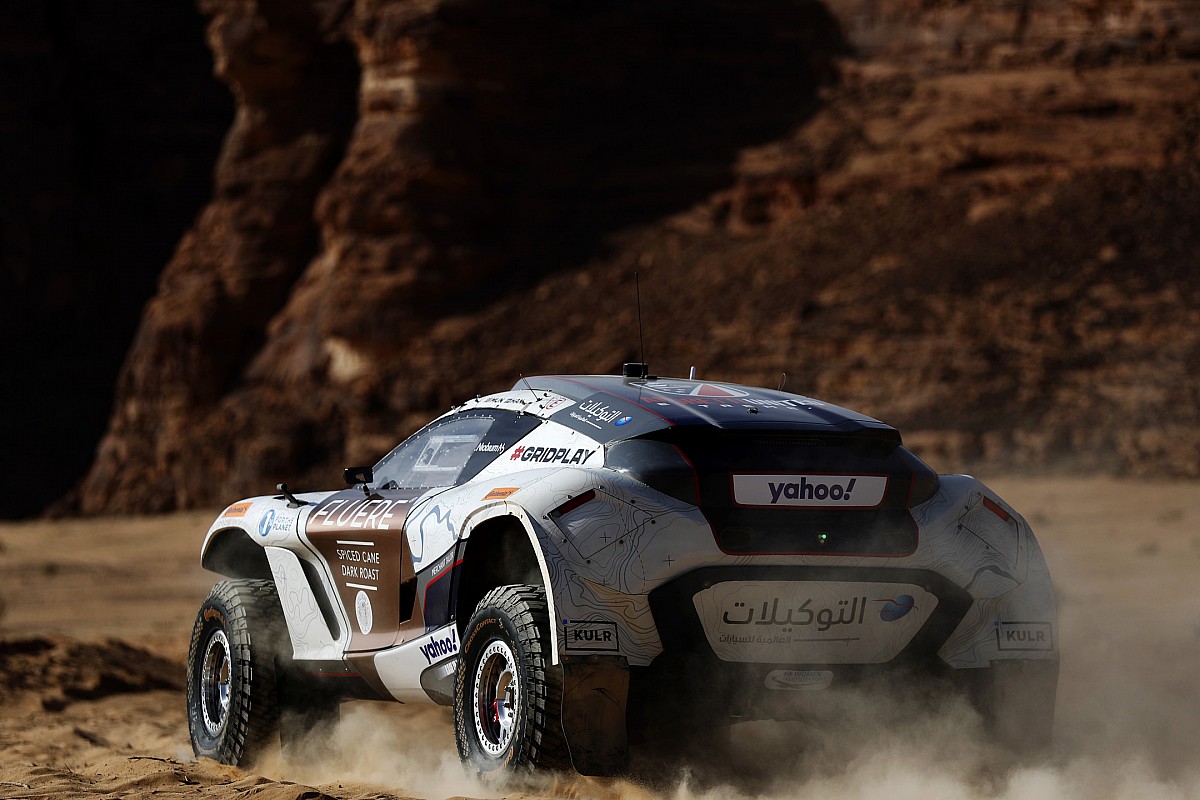 The pair were elected by rival teams to start the finale from pole, which Hansen briefly led by using his hyerdrive power boost of the line before ceding to winner Johan Kristoffersson.

The Rosberg X Racing driver pitted with a 35-second lead to hand over to co-driver Molly Taylor, but Munnings – who notably set a competitive lap time in qualifying despite carrying a right-rear tyre blowout – closed the gap by 11 seconds to secure second place.

When the one-time Junior World Rally Championship entrant was asked if the result capped off the biggest moment of her career, 23-year-old Munnings said: “Yes, it’s massive.”

She also revealed that her and Hansen taken a moment on the podium to take in their result and the venue for the inaugural championship race in Saudi Arabia. 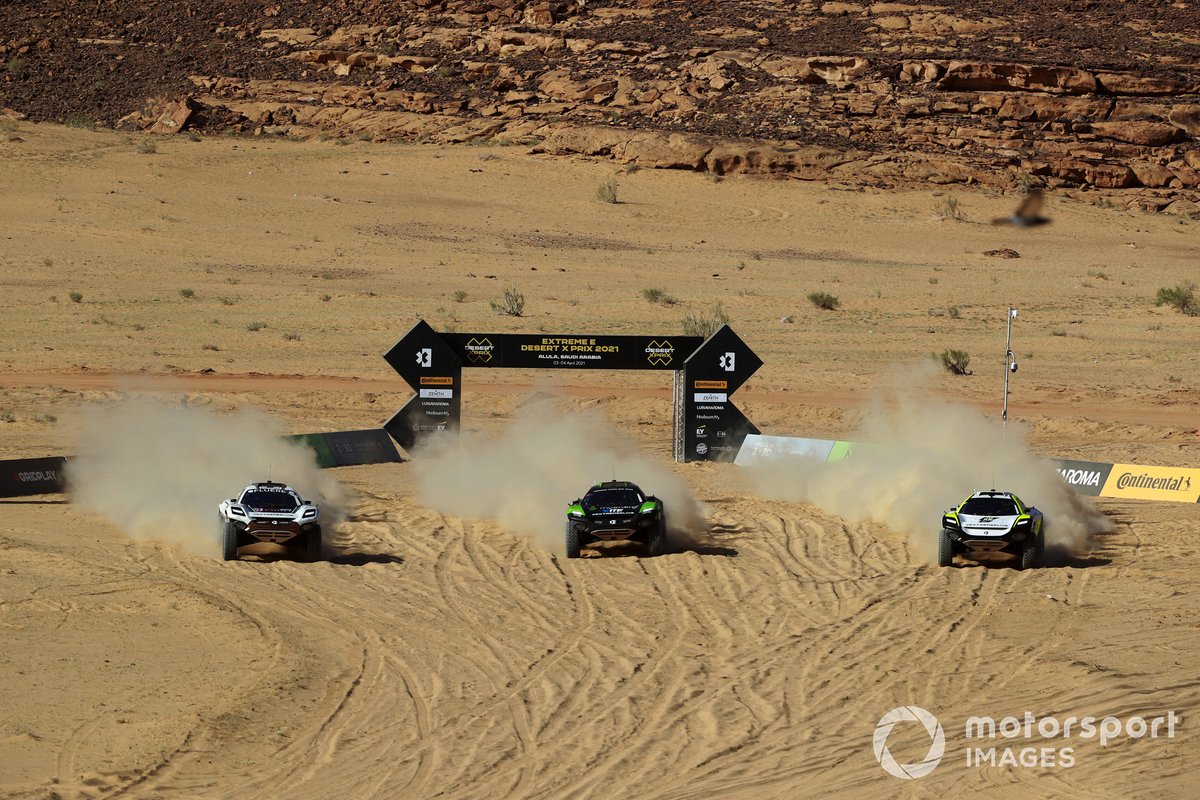 Munnings added: “Me and Timmy, we had that conversation off the podium when were hearing the national anthem of the winning team.

“It’s kind of quite surreal that we’re all here that we got through it.

“It’s been a big build up to it. No one knew what to expect.

“To finish with a great result just made it so special.

“It’s a massive moment in my career, one that I’ll remember forever.

“We even stood there and said, ‘Just take this in’.

“In the desert, we shouldn’t be here.

“There’s no phone signal, look all of these people that are here supporting, the fans at home and the lovely messages that we’re getting.

“And then we were lucky enough to have a good result as well.”

Red Bull UK-backed Munnings also reckoned that the team had already identified areas to improve ahead of the second round in Senegal across 29-30 May.

She said: “We’re super positive. We know what we can work on for next time.

“We know we can be faster.”

Hansen added: “Senegal will be a completely different race. It’s another track.

“That’s all what this championship is about: new challenges.

“We’ve learned a little bit about the car.

“But that track is going to show some completely new challenges and the racing format keeps changing so we have to be on our toes.”