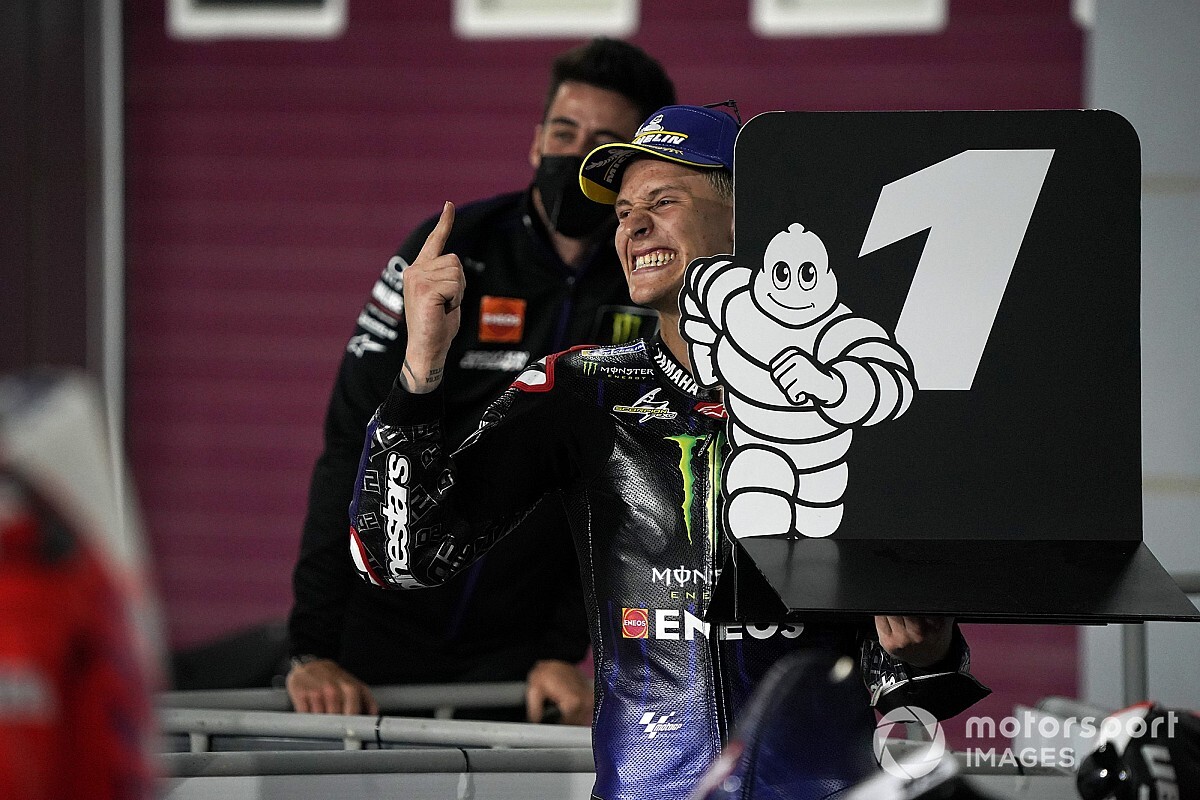 The Frenchman was worried about the overtaking potential of the 2021 Yamaha after pre-season testing, but carved his way through from ninth after the early laps to claim victory by 1.4 seconds and end a podium drought dating back to last September’s Catalan GP.

Quartararo headed an historic French 1-2 in Doha, with Pramac’s Johann Zarco in tow. This is the first French 1-2 in the modern MotoGP era and the first in the premier class since 1954.

Zarco’s redemption arc from near-career-ending KTM exit in 2019 back to factory status with Ducati at Pramac in 2021 continued in Doha, the Frenchman’s second netting him a four-point lead in the world championship for the first time in his MotoGP career.

Completing the podium was rookie sensation and Pramac team-mate Jorge Martin, who stunned on Saturday by claiming pole to head Pramac’s first ever 1-2 in qualifying.

Leading the race as if he was a veteran of MotoGP for the first 17 laps of the Doha GP, Martin crossed the line third at the chequered flag to complete a dream weekend – dedicating his success to his former Moto3 team boss Fausto Gresini, who tragically died in February after losing his battle with COVID-19.

In the latest Tank Slappers podcast, Autosport’s Lewis Duncan and Motorsport.com’s Oriol Puigdemont discuss whether Yamaha is really back on form after several years of inconsistency and assess why Zarco is flourishing at the start of the year.